Please enable javascript in your browser to view this site! 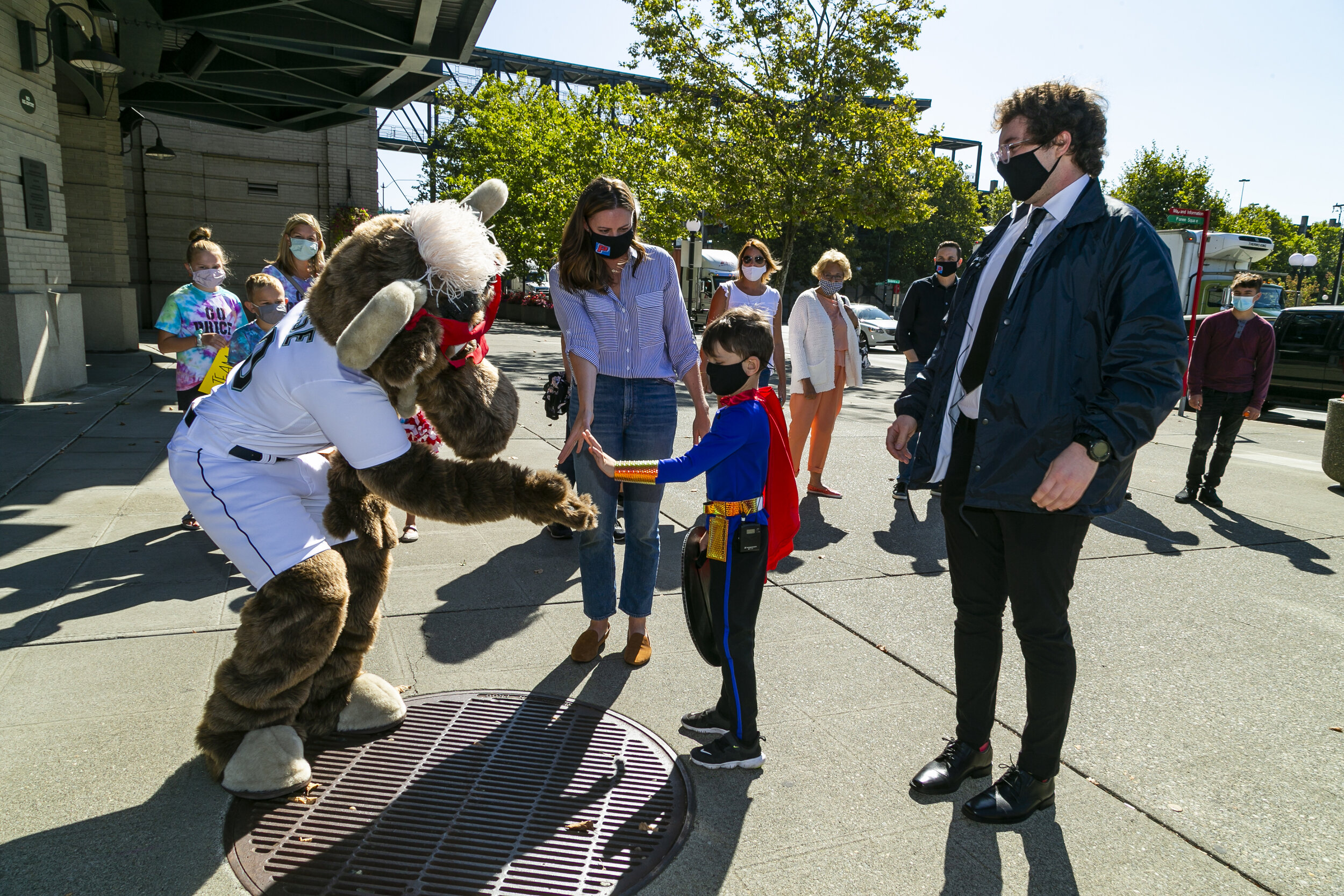 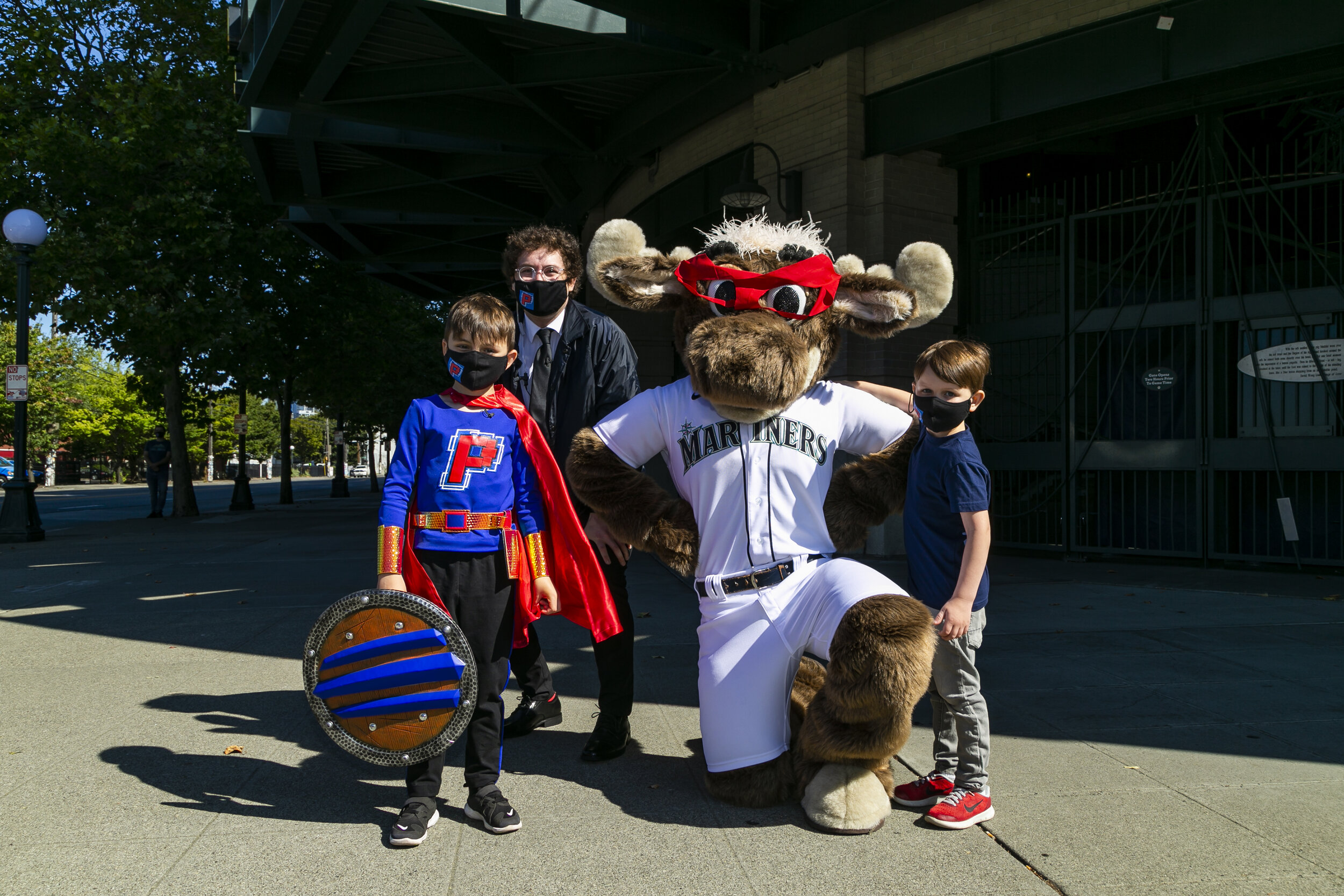 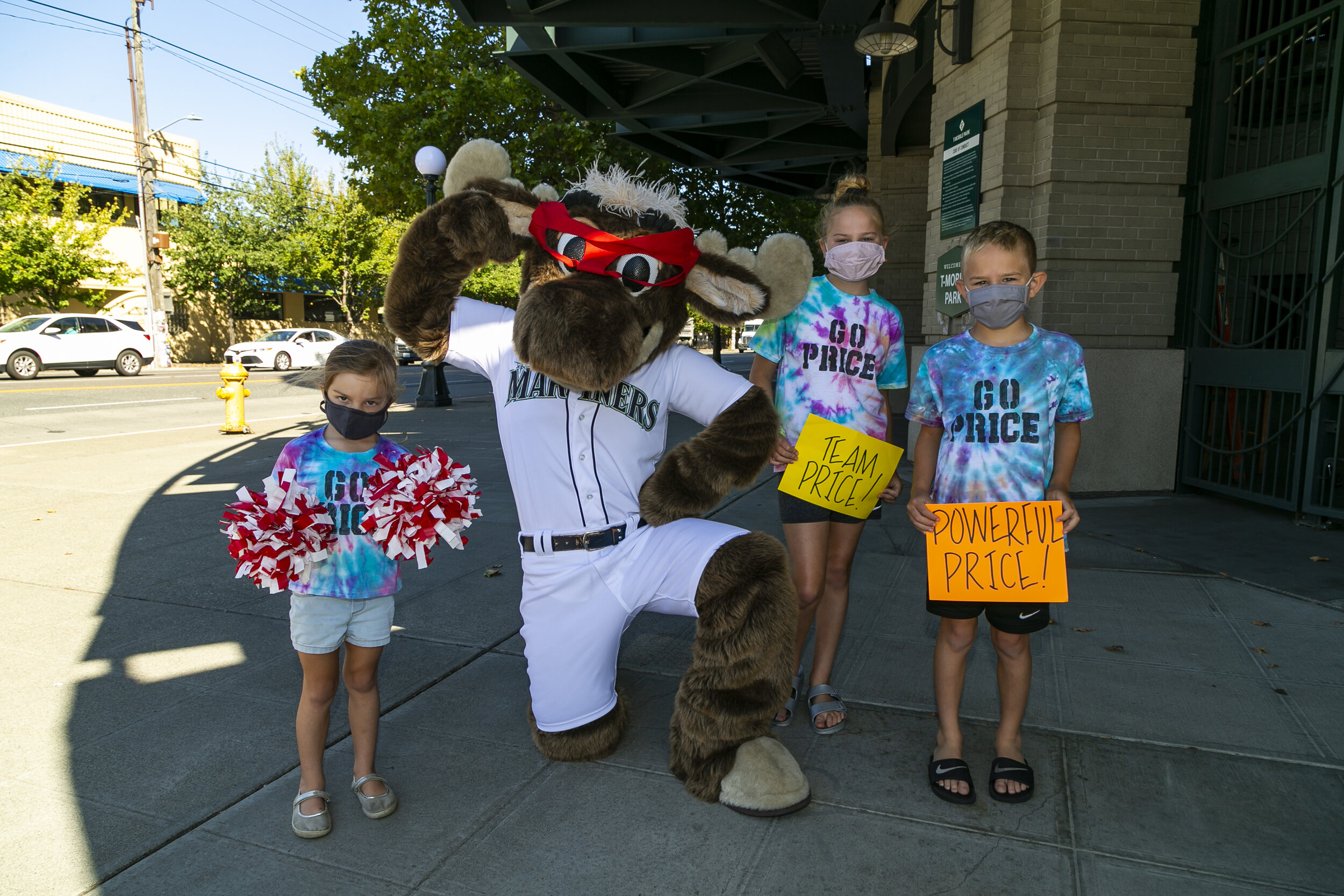 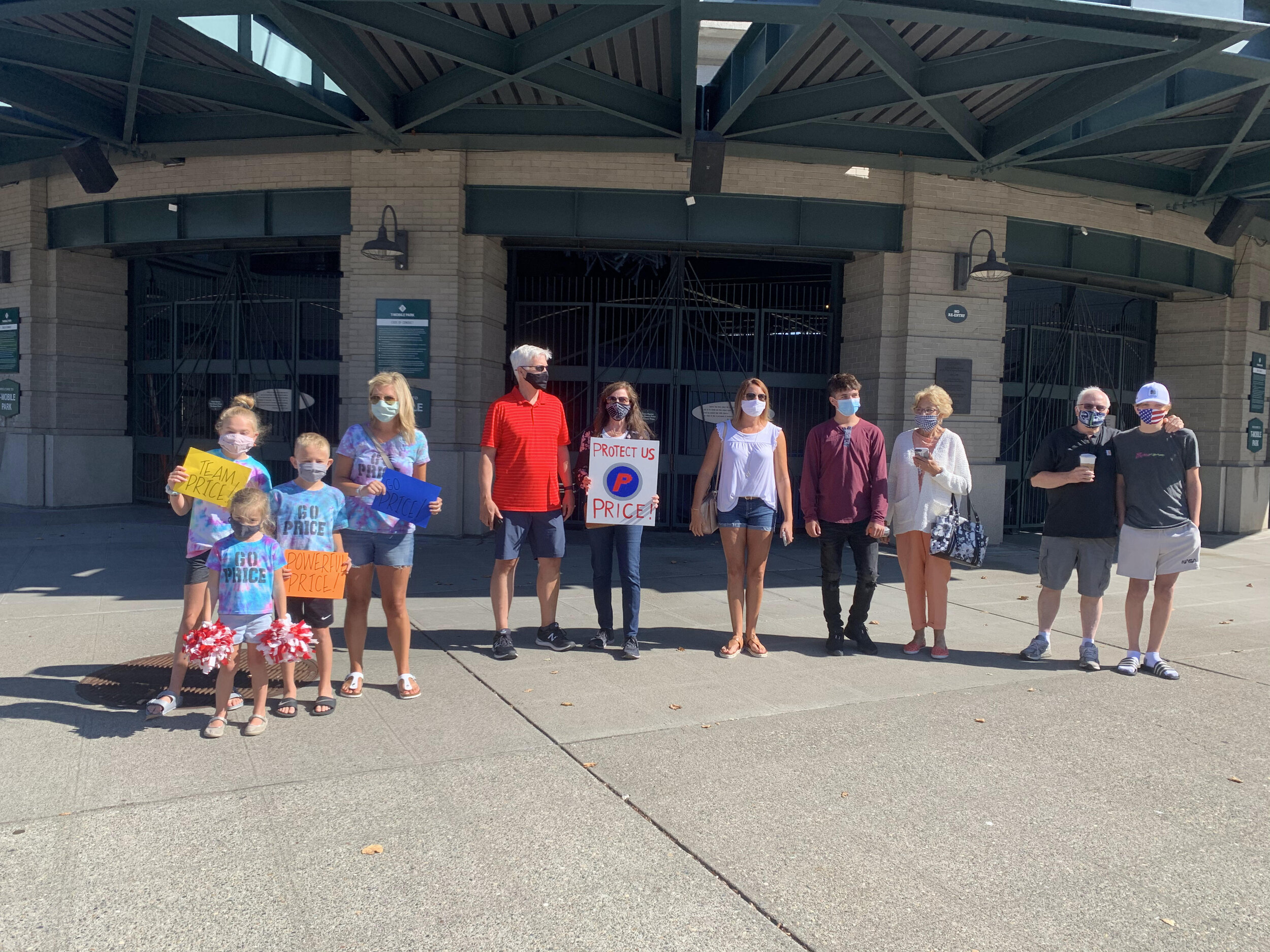 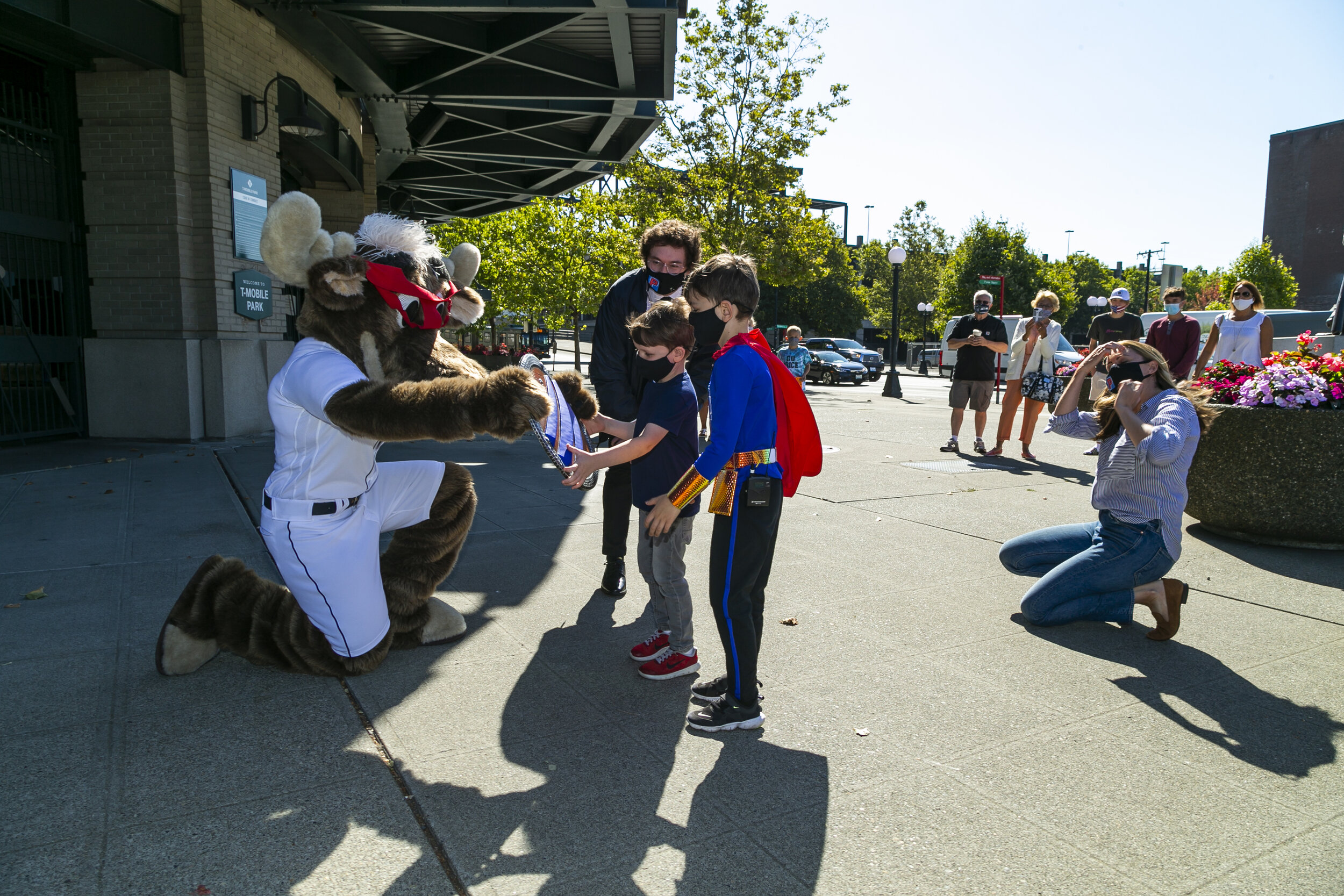 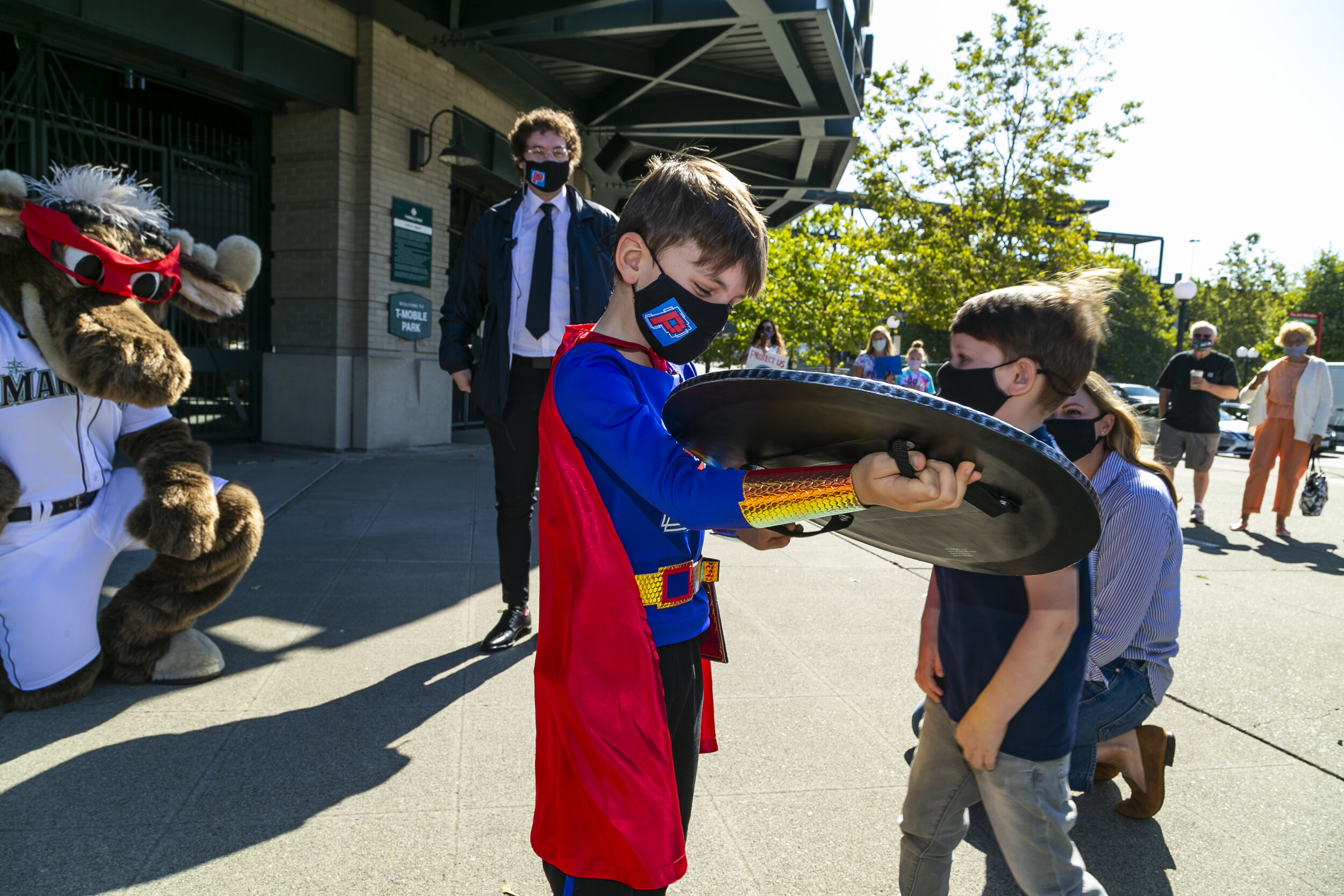 On Tuesday August 25, 2020, as a joint effort between the Virtual World Society, Make-A-Wish Alaska & Washington, and the Academy of Interactive Entertainment; A wish was granted for a courageous young boy with a life-threatening condition, based in Virtual Reality. This type of wish granting was a first for all organizations involved.

This wish was created custom for Price, a 6-year-old boy who wanted to become Seattle’s newest superhero! Price had a very specific and creative vision for his wish. He wanted to use his gray sword and purple shield to battle a horde of smaller robots in the streets of Seattle, but also in a dangerous and explosive volcano. He wanted to bash the robots and have them EXPLODE, both as the result of being hit by oncoming traffic and by his DYNAMITE! Dynamite was very a very important component to Price for his special wish. The use of dynamite wouldn’t happen until the BIG evil robot came where Price could then throw the dynamite at it until the heat shielding got blown off and he could knock it into the lava, thus saving Seattle!

Price’s wish began at his home where he received his superhero outfit and a letter from Lotgos, the Captain of the Guardians of Seattle, a team of heroes dedicated to protecting the city. There, Price learned that the city was under attack from Dr. Magma and his army of robots, that they planned to build a volcano in Seattle, and the he was the only one who could stop Dr. Magma! This led Price on a journey chasing the robots throughout the city. His path took him to T-Mobile Park, the Hammering Man at the Seattle Art Museum, Pike Place Market to eat fruits and veggies to gain strength for the final battle (we swear this was his idea), and finally to the top of the Space Needle for the final battle to take place in virtual reality.

The development of the VR battle itself was all thanks to the hard work of the amazing team of designers, artists, and programmers at Seattle’s Academy of Interactive Entertainment. The battle “took place” virtually down beneath the Space Needle at the Seattle Center fountain where a volcano had been constructed in the lawn behind it. Price used his sword, now imbued with the magical power to fire lasers when swinging, to combat several waves of robots and ultimately and simultaneously destroying both the giant robot and the volcano.

Following the battle, Price removed his headset to great fanfare and met Lotgos (VWS very own Matt Cook), who presented Price with a medal for his heroism and officially inducted him as the newest member of the Guardians of Seattle as… PROTECTOR PRICE!!

Special thanks goes to the Space Needle for so graciously hosting the VR portion of the day, Frank’s Produce at Pike Place Market for welcoming Price with the fruits and vegetables needed for battle strength, the Mariner’s Moose, and Valve for generously donating hardware for the wish.

Our ability to partner with organizations like Make-A-Wish to use VR for good is only made possible through your support. You can help be a part of making future wishes come true along with supporting many other VWS projects by giving to the Virtual World Society. Your donations are truly appreciated, and help support VWS' mission of using immersive technology to drive positive change in the world. 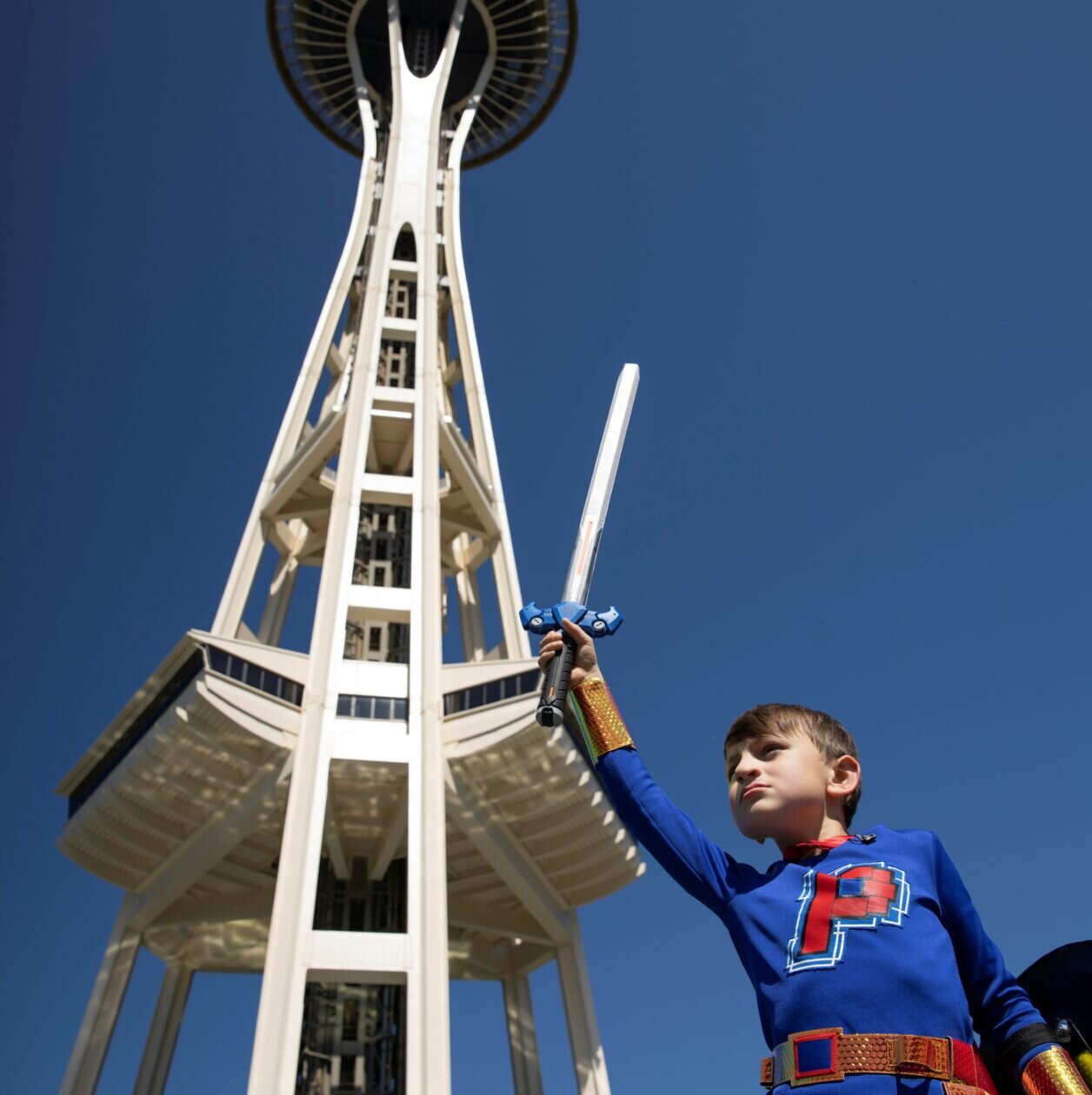 The Virtual World Society has partnered with Make-A-Wish Alaska & Washington to aid in their mission of bringing life-changing wishes to children with critical illnesses. VWS does this by creating, with the help of volunteers and other partners organizations, virtual and/or augmented reality wishes in cases where a child might not otherwise be able to have a wish. This is often due to either the nature of the wish or the child’s condition may prevent it.

How to get involved with VWS Projects